We’ve all been there, we’ve all had that one boss that thought management meant knowing your staff’s every movement.  It’s painful, anxiety inducing and frustrating!  Luckily a new generation of leaders is coming through the ranks and the rebellion against micromanagement is gaining momentum, however the outliers still exist. 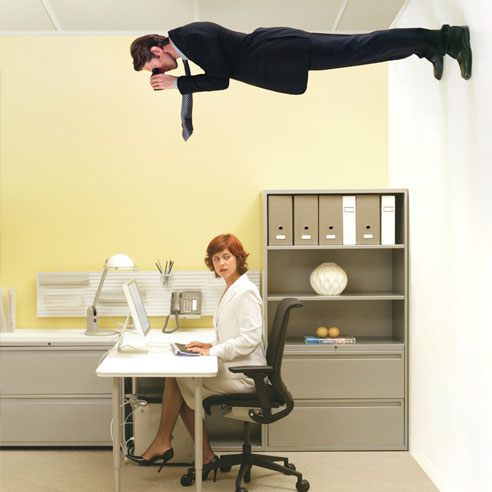 Below is an excerpt from an NPR.ORG article that demonstrates just how micro some people are trying to manage.

Micromanagement is routinely the top complaint people have about their bosses, and in today’s good job market where workers have more options, that’s a bigger problem for employers.

People might have their own definition of when a manager crosses into being too controlling, but most people would probably agree that Marjon Bell’s former boss would fit.

On her first day on a marketing job at a Virginia Beach, Va., insurance company, Bell’s boss sent an email barring employees from bringing cellphones to the office. The email said that moms, especially, spent too much time on their phones checking up on their children.

That, Bell says, was just one of her boss’s many rules.

The boss also monitored the instant messaging system, which displayed a green light when someone was logged in, and a yellow one after they had been idle.

“Usually you had like a 10-minute window before your light turned yellow, and then they changed it to only two minutes,” Bell says. “And I came back from the restroom, and my boss was standing at my cubicle wondering where I’d been.”

Bell says the micromanagement was systemic. Her employer offered a $500 monthly bonus that rewarded co-workers for micromanaging each other.

“If you came in five minutes late, if you left early, if you took a little bit longer at lunch, whoever reported you would get an accountability award,” she says.

How to identify where things went wrong in your financial forecasting

Three ways to save your finance team time and money

Annual budgets are a thing of the past: three ways to incorporate reforecasting into business strategy

Keep me updated with the latest customer case studies, industry insights and news.